A reflection from Pam Steele…

On Saturday, February 24, 2018, the Mississippi Mills All My Relations group hosted an Akwesasne Mohawk singer and story teller, Bear Fox. Bear, a nickname she’s had since childhood, led 20 children and 40 adults in traditional and modern Mohawk songs and dances. Using and sharing her water drum and many horn rattles, Bear started with a song and dance which was shared with her tribe by a southern tribe, the Seminole. It was called The Alligator Song. After learning the chorus, many of us got up to dance as alligators, stepping in a counter-clockwise circle, singing and spinning our partners, (the ‘tails’), at the appointed time. The rhythm, melody and community of it was intoxicating fun.

Not all of Bear’s songs were traditional; Bear is an excellent songwriter herself, sometimes composing in Mohawk and sometimes in English. She sang a song for a newborn and a song of her growing years, highlighting her family’s love and warmth despite poverty. Bear lead us in another traditional song and dance. In Mohawk it’s Soraneha and in English it’s called the Duck Dance. The men represent the hunters using nets and the girls represent the ducks. When the “net” is brought down it represents catching them in the net 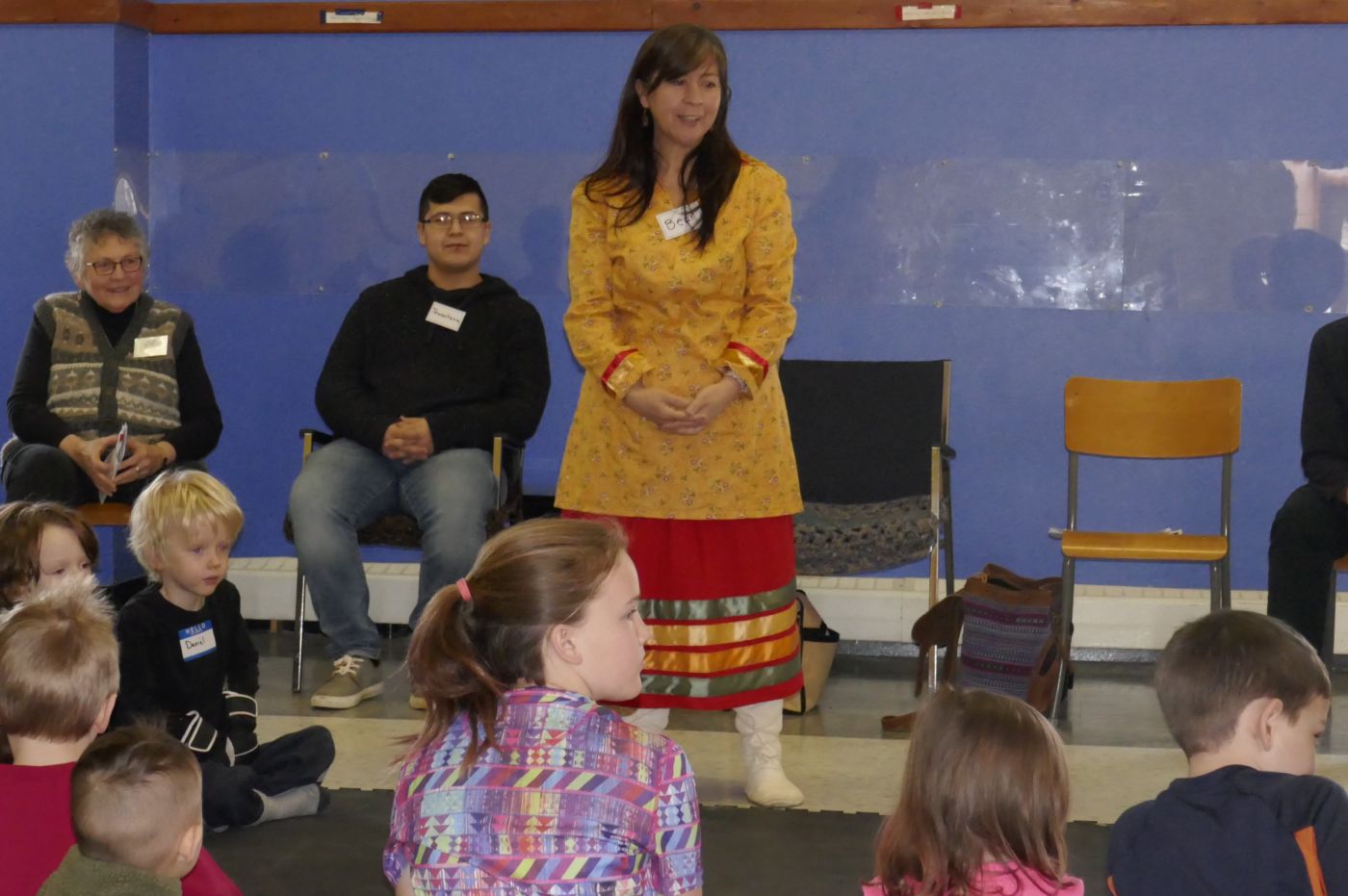 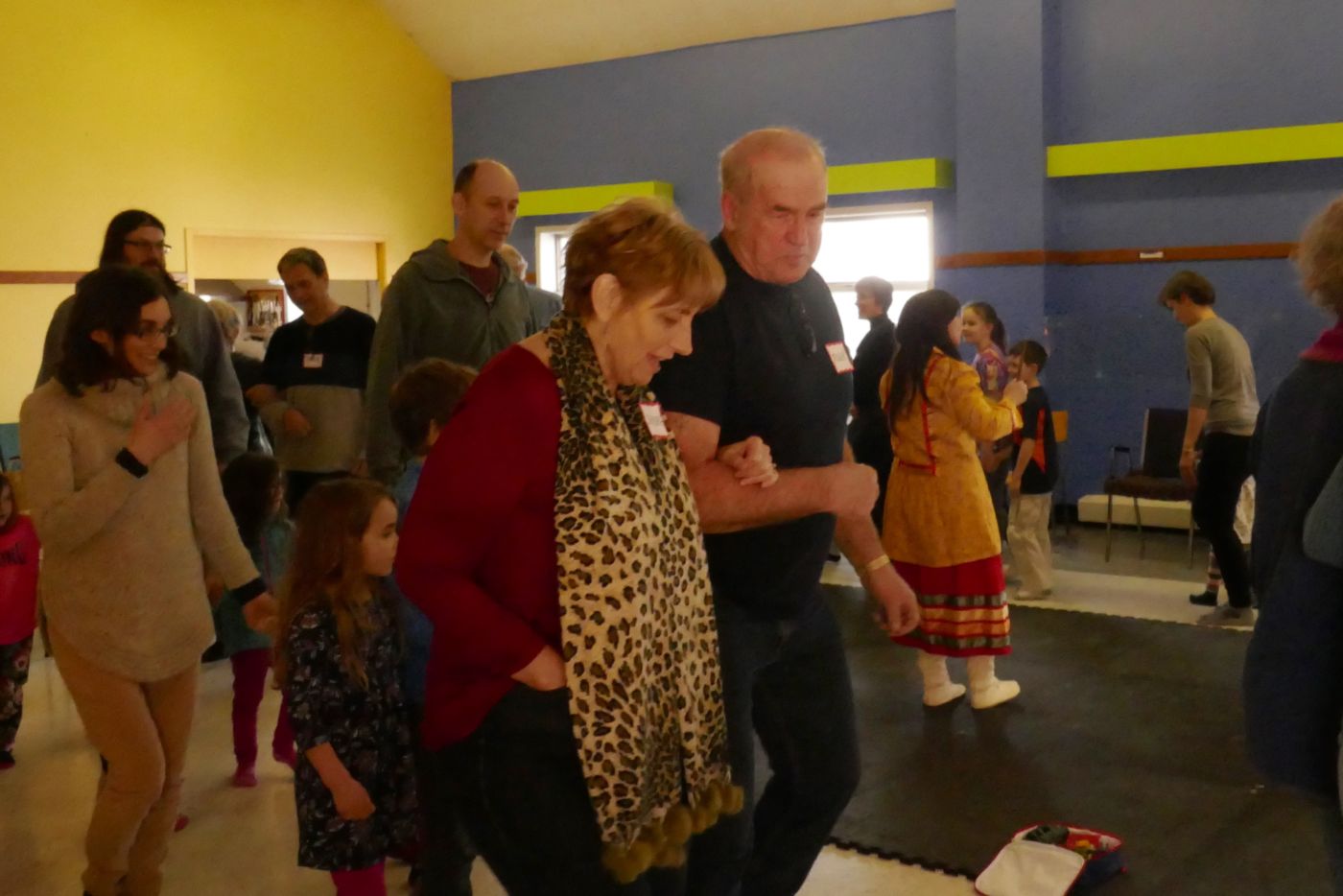 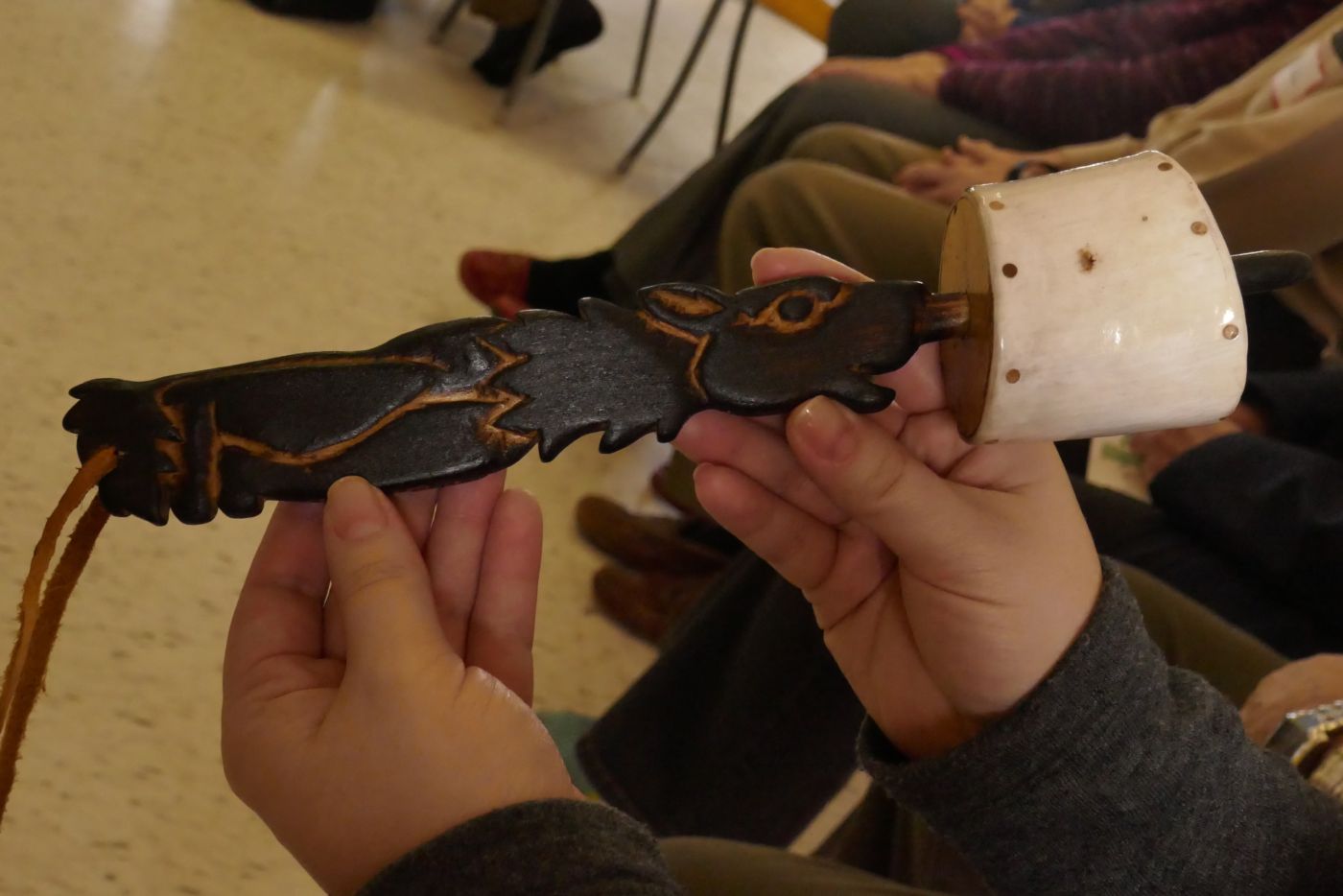 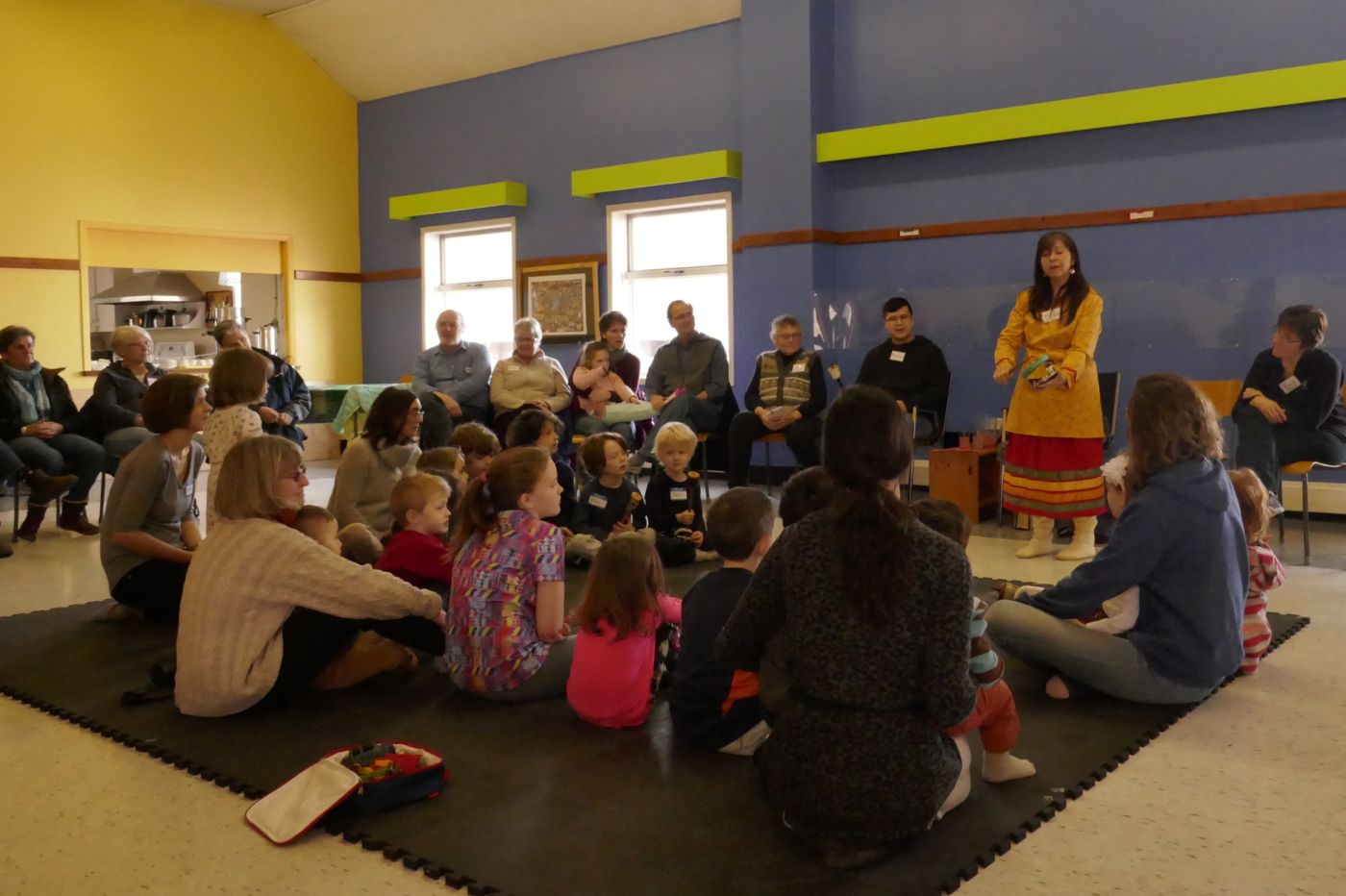 She also sang a song of trapping fish, with an accompanying dance that had the men and boys trapping the female fish as they tried to swim through the ‘nets’ of male arms. The children, their parents, and all those attending got to feel the fun, the emotions, and the echos of traditional Mohawk life.

Bear is concerned with preserving the Mohawk language. Most Indigenous people today grow up learning English and while that is useful for communication between tribes from all across Canada, it also becomes a way of by-passing the need to learn your own tribe’s traditional language. Bear has 5 children who are all in their early adulthood now. While growing up, they were lucky enough to attend a Mohawk Immersion School, learning the language as they learned the curriculum. But Bear knows more needs to be done for Mohawk people to maintain their language. To that end, she writes songs in Mohawk, in order to teach the language through her music. Bear Fox has produced more than half a dozen CDs full of traditional songs, collaborations she has developed with her Akwesasne Women Singers group, and songs she has written herself. (http://www.bearfoxmusic.com).

To further her quest to teach the language, Bear’s website offers the Mohawk lyrics for her songs, as well as how those lyrics are phonetically pronounced in English, plus a translation of each song into English. Bear hopes this will encourage indigenous and non-indigenous people to become interested in the Mohawk language. It’s a generous resource for us all.

Our event would not be complete without traditional food and drink. Historically, the Mohawk were farmers and they became well known for their unique method of growing “the three sisters”:  into a hole would go a dead fish for fertilizer and a corn seed. In time, a bean plant would wind around the corn stalk, while squash or pumpkins grew at the base of the stalk, their giant leaves, shading the soil, keeping it moist and weed free. To celebrate ‘the three sisters’, our food centerpiece was pumpkin cornmeal buns with a bean and salsa dip. Divine! To keep our whistles wet, we enjoyed traditional strawberry water, fresh and healthy.

Bear Fox has promised to come again. Keep your eye on our site and our communications for her next visit for more dance, song and storytelling. It’s a memory you won’t soon forget.