Learning about the Inuit

The newly formed All My Relations group at St. Paul’s hosted Trudy Metcalfe an Inuit woman from Ottawa who opened our eyes to many unknown truths about the history of the 60,000 Inuit people in our country and the challenges they are facing now.  She also honoured us by illustrating what she was saying with very honest and open reflections about her own family.

Hearing the truth about the manipulative behavior of Christian missionaries, the cavalier behavior of the government and the RCMP and its terrible impact on her people filled me with grief. At the same time, I think we were all encouraged to hear her stories of hope as she spoke about their strengths and resilience. Again she illustrated her comments about her work as part of the Inuit Community Centre among the 3,000 Inuit living in Ottawa –a non-profit whose funding comes from a variety of sources including fundraising.

While Trudy was very receptive to our asking about “what we can do for them”, she noted that right now the Inuit are very focused on healing within. However, she invited anyone who was interested to come help with the huge community Christmas dinner they hold each year. 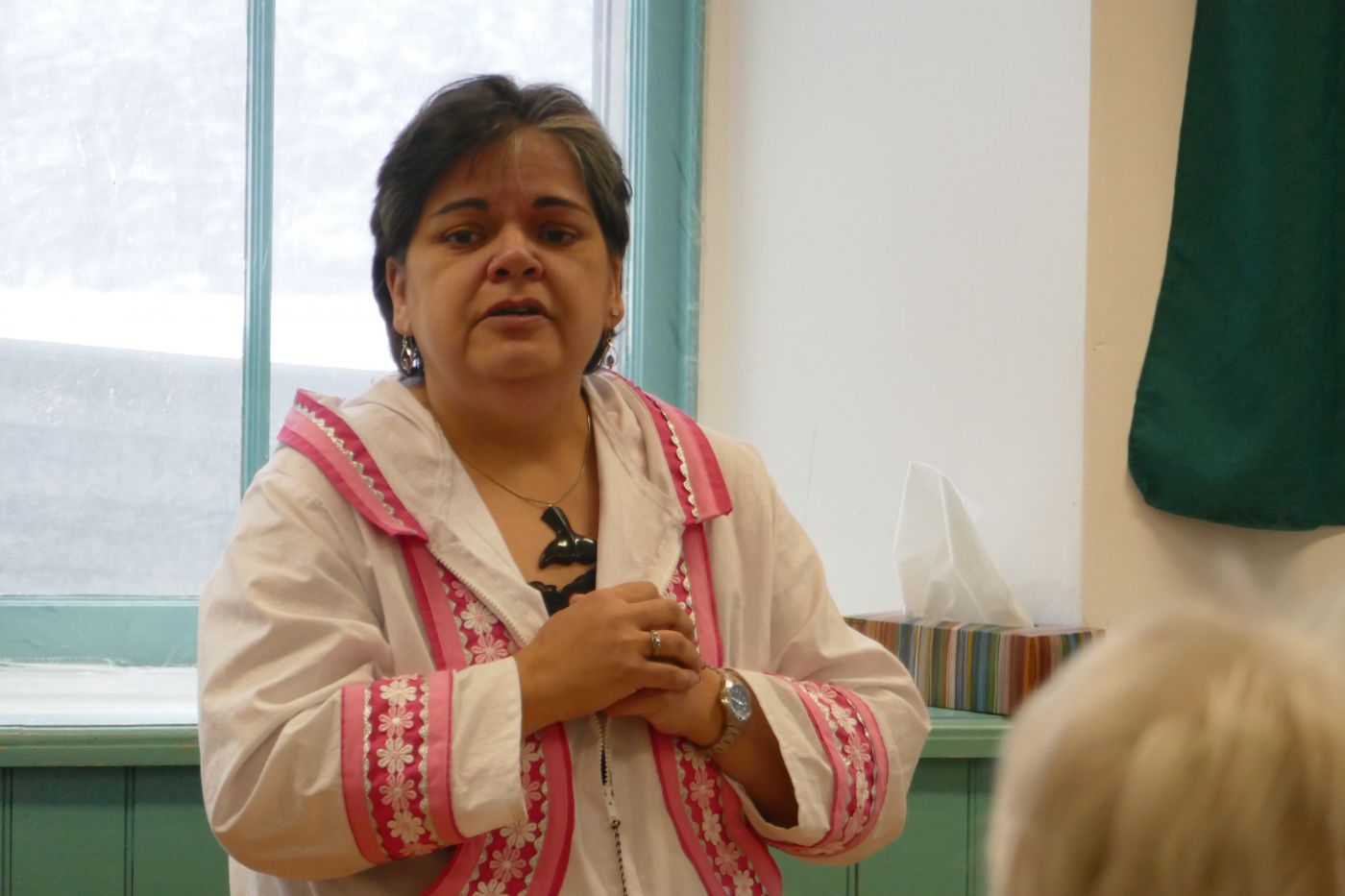 Originally from Nain, Nunatsiavut, Trudy moved to Ottawa in 1988. Trudy comes with years of experience working with/or for the Inuit community in Ottawa. Outside of work experience, Trudy also studied Aboriginal Studies at Algonquin College where she made the Dean’s Honor Roll. She also studied Restaurant and Hotel Management at Algonquin College, originally focusing on providing catering services only to events promoting Inuit Culture in the Ottawa region. A part from cooking, Trudy enjoys spending time at her sewing machine creating quilts for family and friends and recently started creating siilipa (jackets and tops), inspired by her beautiful grand daughter. A mother of 2 wonderful, strong, independent girls…Trudy made the choice, a long time ago, to break the cycle. 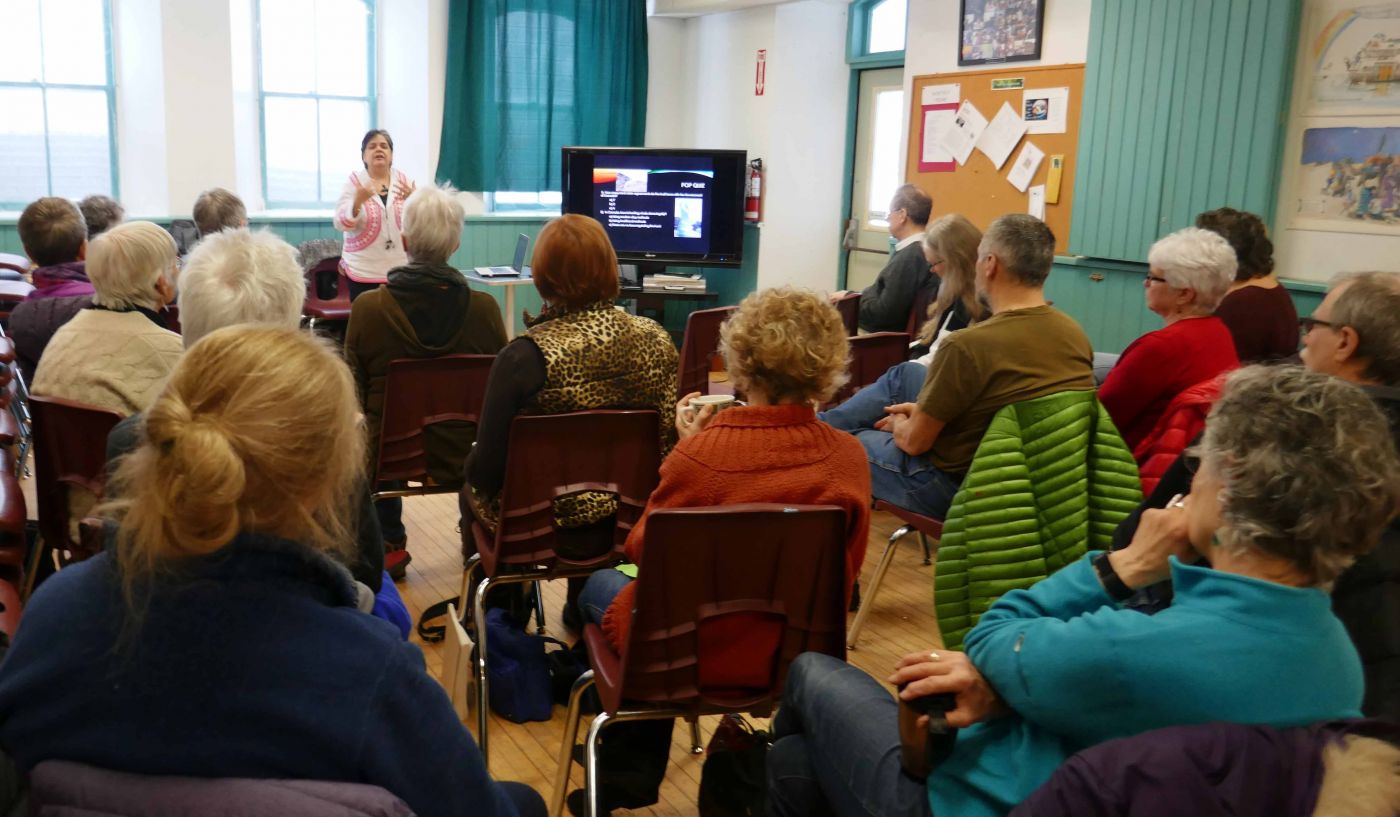